Our bee removal services will keep your bees busy somewhere else besides your property!

By now you have probably heard that bees are dying off in droves, for reasons not quite yet understood. While no one likes a bee sting, we all rely on them to pollenate our flowers and crops. No bees in the future will mean no food for us! So, what does a person do when they run into a major hive or nest of bees growing near their home or on their commercial property? That answer is an easy one– contact us at BeeMan Stan for bee removal services!

When you contact us for bee removal services, you will be able to feel comfortable with your decision. Not only do we make sure we take your bees from your Winter Haven, Florida property, but we also take them alive. That’s right– we do not exterminate here at BeeMan Stan, but instead prefer to relocate. We carefully remove the bees, transport them to another area, and take preventative steps to ensure that they do not return to your property.

Because beehives can grow nearly anywhere, we have performed bee removal services in all sorts of interesting and tight places. We have over 1,000 jobs completed of removing bees from some regular spots like under your soffits to irregular spots like inside an airplane. We know how to remove your siding or soffit materials, perform our bee removal service, and then spray the area with eco-friendly materials that will ensure the bees don’t find their way back to your property and try to rebuild.

To learn more about our bee removal services for your Winter Haven property, please contact us today! 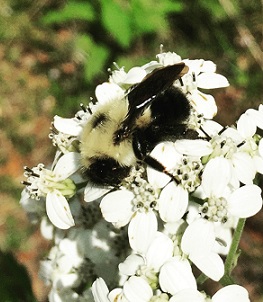 By far the most recognizable type of bee here in Clearwater, Florida, the honey bee actually has territory expanding all of Florida and even the majority of the United States. The Western honey bee in particular is the most common honey bee worldwide, and the most common here in Clearwater. Coincidentally, the Western honey bee, or European honey bee, is not native to the Americas. Instead the honey bee was domesticated long ago in Europe, Africa, and Asia, and has spread around the globe for its production of honey. Honey bees are recognizable by their trademark honey bee black and yellow striped pattern. Additionally, honey bees are generally short in length, have small hairs all over their body, and unlike wasps and hornets, the honey bee has a proboscis protruding from its mouth, which is used for the ingesting of pollen and nectar.

Like humans, the honey bee loves warm weather (not tropical) even though they are accustomed to temperate climates. The honey bee becomes dormant in the winter but the longer the warm months, the longer the honey bee is active. Because of this, honey bees flock toward Florida for its warm climate and flora galore, which honey bees utilize for pollen. Whether domesticated or wild, the honey bee centralizes its hive around a queen honey bee. The queen honey bee gives birth to all the drone and worker honey bees. The hives which they create, which you may have seen at some point here in Clearwater, tend to be in confined areas such as tree hollows or even your own chimney! Because of their love for confined dry areas, you might stumble across a honey bee hive in your Clearwater home.

If you do need bee removal in Clearwater, call Bee Man Stan to remove the honey bees from you home and relocate the honey bees to a secluded area of Clearwater or other locations in central and west Florida. They could even be given to beekeepers for honey production. Honey bees are integral to our ecosystem and should not be harmed but carefully removed and relocated. Western honey bees not only produce delicious honey, but in Florida and many other areas of the world, the honey bee is the key pollinator in nature. In fact, the honey bee pollinates around 30% of the food we eat. That’s equivalent to $15 billion.

The bumble bee is a species of bee common to the majority of the northern hemisphere but is actually very rare in tropical areas. The bumble bee thrives in temperate climates due to its ability to regulate its body temperature. Bumble bees can actually use solar radiation, shiver, and cool themselves. Because of this, bumble bees are not very common in Tampa, Clearwater, Orlando, and other parts of central and west Florida. This doesn’t mean you might not cross paths with the bumble bee in Clearwater, because they are sometimes found. All six subspecies of bumble bee native to Florida can all be found in the Clearwater area and all six bumble bees can be identified by their pale gold and black colored bodies, large eyes, and completely hairy, large bodies.

Bumble bees are tremendous pollinators and vital to Floridian ecosystems. With their population decline lately, it is vital that if you find a bumblebee hive near your home to call BeeMan Stan so he can safely remove the hive from your home and relocate the bumblebees to a safe location. We specialize in all types of bee removal in Clearwater.

Reasons to choose us for Bee Removal in Clearwater

We offer professional, courteous service seven days a week and accept all forms of payments. Contact us today for bee removal in Clearwater.