Why Hornets are Dangerous and How to Approach Hornet Removal 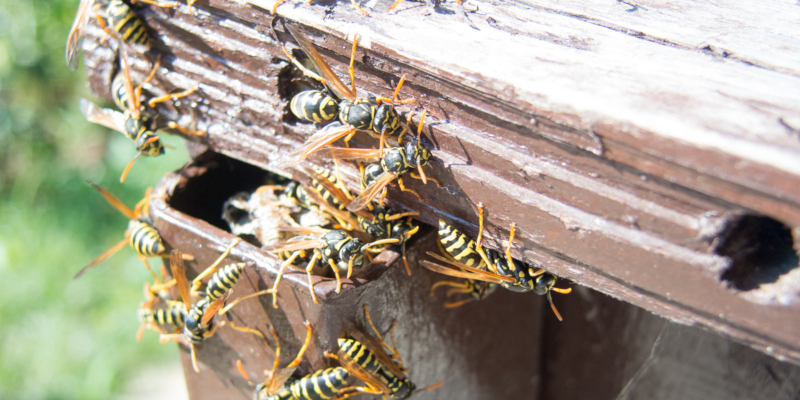 The term “hornet” can strike fear into the heart of some, and for good reason! Hornets are a species of wasps, but their large size makes them unique from other wasps (they have wider heads and larger abdomens). So besides being the largest of all wasps, what makes them scarier than your typical wasps? They have an overly aggressive nature and can sting a victim multiple times. Their venom contains a large amount of acetylcholine, which causes their stings to be more painful to humans than other stings.

Some claim that hornet stings can be deadly, but unless you are allergic to their venom, this is usually not true. In fact, a human body can typically survive 10 stings per pound of weight, which means that even a child should be able to withstand between 300-500 stings in one attack.  Even so, you definitely want to avoid being stung at all by hornets due to their aggressive nature and tendency to attack as a group.

So, what can you do if you have a hornet problem on your property? Hornet removal can be tricky because the creatures are more aggressive if they are defending their nest. They may feel threatened by anyone coming within a few meters of their hive and decide to attack to protect their home. So, you must approach hornet removal extremely carefully if you want to avoid those painful stings.

Hornets usually like to build their nests in high areas such as trees, attics, rooflines, etc., which can sometimes be difficult to get to. Wouldn’t it be nice if someone with a lot of hornet removal experience could come help you with your problem? Why not call a professional? We know what we are doing and can take care of your hornet problem quickly and efficiently, so you don’t have to worry about it.